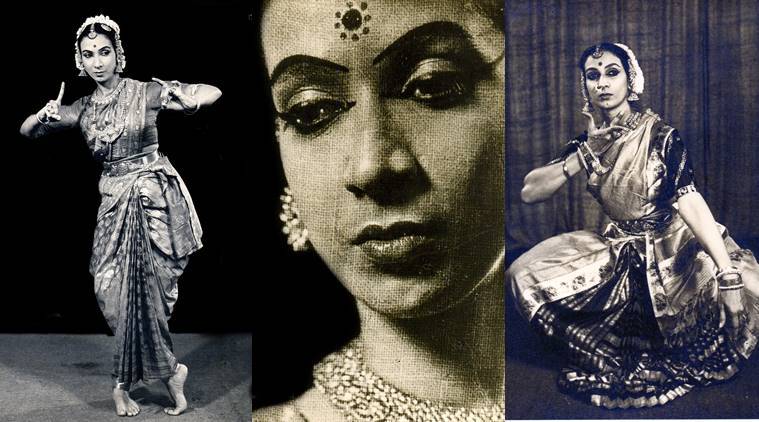 The Google doodle today pays tribute to Mrinalini Sarabhai, and commemorates her 100th birth anniversary. Mrinalini Sarabhai was an Indian classical dancer, choreographer and teacher. She was the founder and director of the Darpana Academy of Performing Arts, an institute created to impart training in dance, drama, music and puppetry, in the state of Ahmedabad in India. Her expertise was in the dance disciplines of Bharatnatyam and Kathakali.

Born in Kerala in South India, Mrinalini completed her schooling in Chennai and subsequently moved to Switzerland, where she trained in Western dances at the Dalcroze school. She also enrolled in the American Academy of Dramatic Arts in the United States. On returning to India, she joined Shantiniketan in West Bengal, and under the guidance of Rabindranath Tagore realized her true calling for dance and the performing arts. From here on she began her training in the South Indian classical dances of Bharatnatyam (under the tutelage of Meenakshi Sudaram Pillai) and Kathakali (under Thakazhi Kunchu Kurup). In 1942, Mrinalini married physicist Vikram Sarabhai, who is considered to be the father of the Indian Space Program. And in 1948 she founded the Darpana Academy of Performing Arts. Their son Kartikeya Vikram Sarabhai is one of the world’s leading environmental educators, and their daughter Mallika Sarabhai is an accomplished Kuchipudi and Bharatnatyam dancer.

Besides choreographing innumerable dance dramas, Mrinalini has also authored novels, and written poetry and plays. The Darpana Academy of Performing Arts celebrated its golden jubilee in December 1998. Mrinalini passed away in January 2016 at the age of ninety-seven. “My mother just left for her eternal dance“, her danseuse daughter Mallika Sarabhai stated while announcing her death.

Google paying homage to a dancer in its doodles is a great moment for dancers everywhere. More so because the classical dances have a very niche following. I do not train in Bharatnatyam and Kathakali, the dance styles Mrinalini was noted for. My dance form is Odissi, originating from the state of Odisha in East India, and one among the eight official Indian classical dances. But it is the love for dance that binds us all.

The past few weeks were a tad hectic with back-to-back shows and simultaneous dance rehearsals. I performed Contemporary with Terence Lewis’ Dance Company, and Odissi with Vaishnovi Kala Kshetra. Two vastly different dance styles – the former being free-flowing, while the latter is more sculpturesque. The show dates happened to coincide within the same week, so the preceding days’ rehearsals overlapped. It was challenging to train for and perform multiple shows but completely worth the effort. When the stage beckons, the dancer is always ready. ❤

This is a text widget, which allows you to add text or HTML to your sidebar. You can use them to display text, links, images, HTML, or a combination of these. Edit them in the Widget section of the Customizer.