I had some extra time this past weekend – Couldn’t get tickets for any new releases, so decided to do some movie watching at home. The Expendables were the chosen ones! Well, the first part popped up while I was scrolling through Netflix, and when I checked they had the other two as well. So here’s how I spent the weekend.

The Expendables is a series of ensemble action films written by and starring Sylvester Stallone. The series was created as a tribute to the blockbuster action movies of the eighties and nineties – featuring all the action stars of the time. Each movie takes you to a different part of the world, as the Expendables set around to complete their missions.

The Expendables (2010) – a group of elite mercenaries who carry out all sorts of missions are sent to the island Vilena in South America, to overthrow a Latin American dictator. However, the team soon realizes that the dictator is actually controlled by a rogue CIA officer who is the real target. The first part features Sylvester Stallone, Jason Statham, Jet Li, Dolph Lundgren, Randy Couture, Terry Crews, and Eric Roberts who is the villainous target of the Expendables’ mission. Bruce Willis and Arnold Schwarzenegger offer support in smaller roles.

The Expendables 2 (2012) – The team is sent on another mission, to make up for the losses caused by the mission in Vilena, but end up in conflict with a rival mercenary group called the Sangs. The leader of the Sangs murders one of the Expendables, and the team tracks them down for revenge, while also learning of their plans that put the world in danger. Stallone, Statham, Lundgren, Couture and Crews reprise their roles as the Expendables. Jean Claude Van Damme takes over as the villain heading the Sangs. Willis and Schwarzenegger, along with Chuck Norris, add to the ably supported parts.

The Expendables 3 (2014) – The team comes face-to-face with their original co-founder who has now turned ruthless arms trader. A younger generation of Expendables is recruited to overcome the ex-member turned adversary. Stallone, Statham, Lundgren and Couture return, along with four youngsters as the newly recruited Expendables (MMA star Ronda Rousey made her film debut here). Harrison Ford takes over Willis’ role, supported with Schwarzenegger, Li, Wesley Snipes and Antonio Banderas (who has some of the best lines and is an absolute joy to watch). Mel Gibson lights up the screen as the antagonist.

The series is obviously for the fans. Bringing together the giants of the past decades, this is certainly a treat for action buffs and their favorite action heroes of the old action era. This is a coming-together of typical action movies featuring explosions, shootings, and unrealistic fight scenes. The action movies of the 80 s and 90s might not have required as much in the acting department, as in creating larger than life characters. The camaraderie among these action greats is fabulous – they really come across as old friends who have been through their experiences together. Arnold and Stallone have some of the best scenes and dialogue exchanges, and with Bruce Willis in their scenes the trio is a treat to watch. I was hoping Van Damme and Lundgren shared more scenes in the second part as a tribute to Universal Soldier. Jet Li doesn’t have too many fighting scenes in the third part, which is a shame – having Li in a movie only shoot guns is pointless. For this reason, the third part of the series failed to live up to the magnitude of the first two. Bringing in a younger team (in an attempt to get the younger generation of high-tech audiences to the theatres), defeated the whole purpose of the franchise. The action movies of yore didn’t depend on special effects or gadgets or even acting chops for that matter. But people still went to see their favorite stars doing what they did best. The best part of this ensemble franchise is the zero ego tussles among its stars – they come across as old friends catching up on old times. Some exchanges from various scenes are heartwarming when you’re reminded how far back together these stars go. They’re just having a great time in making the movie, and the self-deprecating humor adds to the fun factor in watching it. Sharing some fun-filled exchanges here. I’m using their real names instead of the character names. When you have stars of such high standing sharing screen space, you anyways refer to them by their actual names.

~Bruce Willis – You know where Vilena is?
Stallone – No.
Arnold – Yes, it’s an island off the Gulf. You should read more.
~Arnold – Why don’t we have dinner?
Stallone – Sure. When?
Arnold – In a thousand years.
Stallone – Too soon.
~Stallone – I heard a rumor, that you were bitten by a King cobra?
Chuck Norris – Yes, I was. But after five days of agonizing pain, the cobra died.
~Schwarzenegger- I’ll be back.
Bruce Willis – You’ve been back enough. I’ll be back.
~Stallone – (seeing their plane in a worn-out condition) That thing belongs in a museum.
Schwarzenegger – We all do.
~Stallone – I thought you were the Lone Wolf.
Chuck Norris – Sometimes it’s fun to run with the pack.
~Couture – Heard you killed more people than the plague.
Lundgren – Why do they call you ‘Doctor Death’?
Wesley Snipes – Used to be a medic. But that was a long time ago.
Couture – Why’d you get locked away?
Snipes – Tax evasion. (Snipes was actually arrested for tax evasion and couldn’t join the cast of the first movie. He joined the third part when his sentence ended).
~Stallone – Get out of that seat. Christmas is coming. (Lee Christmas is the name of Statham’s character.)
Antonio Banderas – (who has not yet met Statham) But it’s only June.
~Banderas (who has no idea what the mission is about and is cursing in Spanish) – “¡Aquí no dicen nada y me confundo, después le voy a pegar un tiro a quien no se lo tengo que pegar!” (‘Nobody tells me anything and I’m getting confused, next I’m going to shoot someone who I’m not supposed to!’)
~Ronda Rousey – If you were thirty years younger…
Stallone – I’d be afraid of you.

One can’t really review or rate these movies because they are not made for story or character development or plot. Watch them for the tributes they are, and probably go back and catch up on some of the stars’ old movies. Definitely more enjoyable than some of the remakes that have been made in recent times. 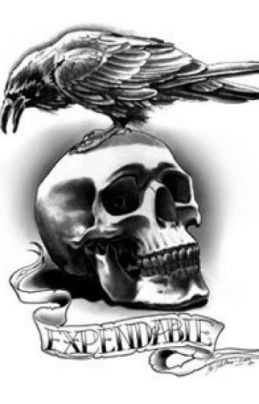 2 thoughts on “Movie Binges On An Expendable Weekend”

This is a text widget, which allows you to add text or HTML to your sidebar. You can use them to display text, links, images, HTML, or a combination of these. Edit them in the Widget section of the Customizer.